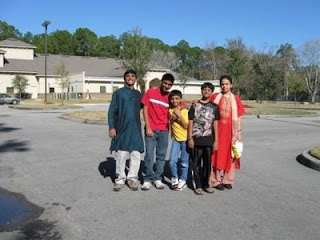 We visited the Jacksonville Hindu Society of North East Florida and the Ganesh temple today. We started around 8:00 AM from home and took Interstate 10 East and drove for about two hours and 45 minutes. The temple is now located in a new subdivision Greenland Road (4968, Greenland Road, Jacksonville, FL 32258 (904-268-7630) www.jaxhindutemple.org (compared to the time when we visited the temple in 2004).

The temple construction work was still in progress with volunteers painting the driveway. We went inside and participated in poojas for Ram and Ganesh. We finished our meal in the temple and volunteered to set-up chairs for the upcoming New Year Services on Thursday, January 1, 2009. 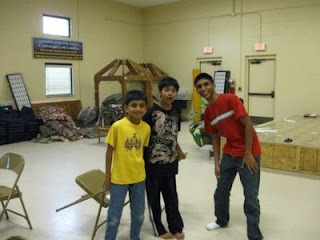 We then drove to Rajan Indian Grocery store in Baymeadow Road and purchased some grocery items before heading toward Beach Boulevard and reached the Jacksonville Beaches. The water was cold and there were signs stating that there were rip currents and hence swimming was not encouraged.

The kids waded the water in knee deep water for about 45 minutes. Then we picked some coffee and donunts at the Dunkin Donut shop and headed toward home. We were home just before 8 PM. 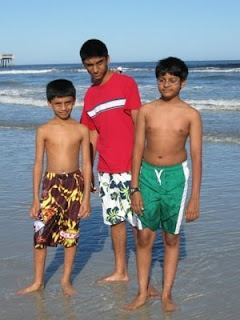 Posted by Somasundaram at 8:07 PM No comments: