Gatorland and Ferrari of Central Florida

In the morning we woke up and had some coffee at the hotel but that was not very good. So we drove couple of blocks from South Orange Blossom Trail to South Orange Road to a Dunkin Donuts and had breakfast. 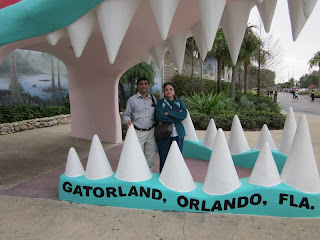 Since we were planning to leave today itself for home we checked out of the hotel (it was NOT good anyway) and headed to Gatorland. Since we were Florida residents and the Gatorland offered a good deal until Dec 31, 2011, we bought tickets that were 1/3 price of the regular tickets. 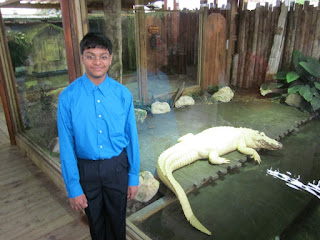 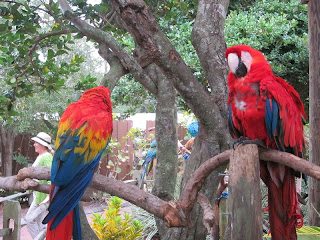 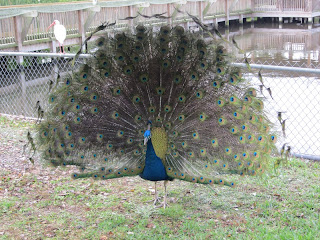 Even though the day was cloudy and in the seventies (Fahrenheit scale)  the gators were not interested in performing for Gator Jumaproo! So went ahead and looked at the leucistic gators (not albino gators) that have white skins with splotches of regular color but blue eyes. We saw several gators and some crocodiles, flamingos, South American parrots, cockatoos, Chester the big Gator, storks, pea cocks, pea hens and other farm animals. Then we participated in the Close Encounters show and returned back to Gator Jumparoo! This time the gators were biting. 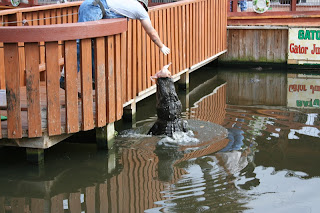 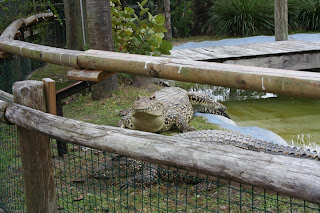 Next we walked over to cages of other crocodilian species like Cuban crocodile, Nile crocodile, Spectacled caiman, and salt water crocodiles and occasionally witnessing the Gatorland Zip-line folks flying above us screaming. 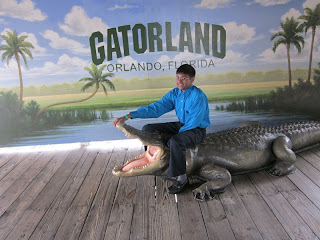 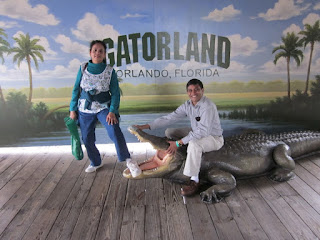 We then took the train ride and looked the turtles. On the way out we got VTS and TSs caricatures drawn by the artist Ron. 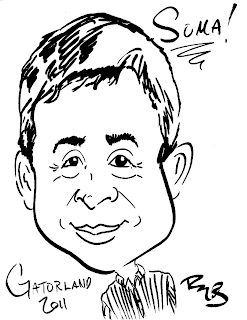 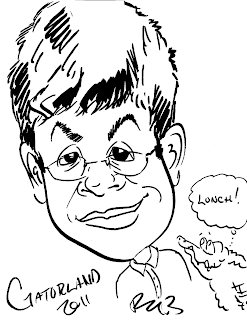 Then we crawled in traffic for 20 minutes and reached the Ferrari and Maserati of Central Florida dealership at Interstate Park complex at Lake Destiny Drive. The sales person was very polite and extra nice and allowed us take some pictures and showed around their car collections. VTS was very happy to see all his favorite cars in one place. 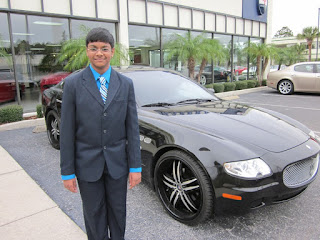 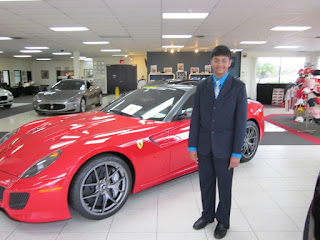 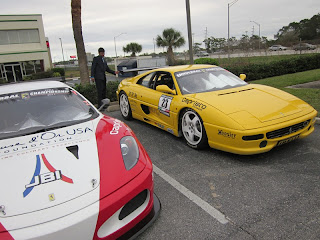 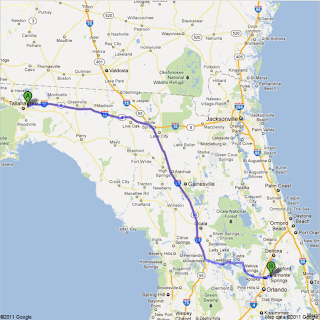 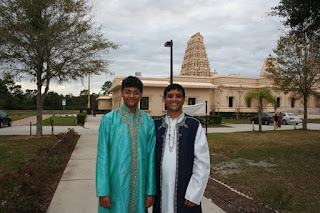 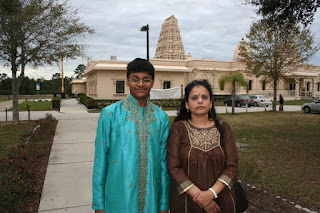 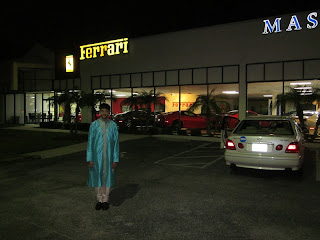