Travel from Denver to home

After successfully finishing the 66th Annual Meeting of the American Crystallographic Association at Denver, CO and after giving oral presentation, I left early morning from Denver, CO via Dallas Fort Worth, TX back to Tallahassee, FL.

Then from Dallas-Fort Worth, TX, I took another flight back to Tallahassee, FL.
Posted by Somasundaram at 8:03 PM 2 comments: 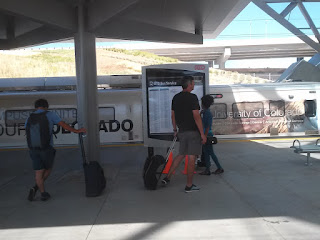 Posted by Somasundaram at 3:00 PM No comments: