Back in Tallahassee
Posted by Somasundaram at 10:38 PM No comments: 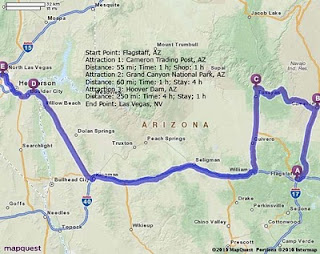 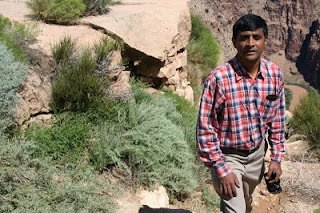 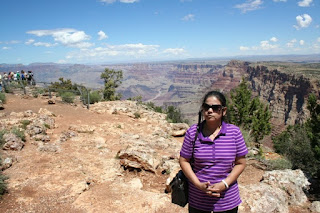 We started from Flagstaff, AZ in the morning and took US 89N going toward Page, AZ since we wanted to shop at the Cameron Trading Post in Cameron, AZ for some Native American handicrafts. The we drove to the Grand Canyon National Park. Along the way we stopped and looked at the Colorado river.
Once inside the Park we stopped at various vantage points and enjoyed the scenery. We were able to get some food at the Park's Fred Harvey Restaurant around noon time. Then we got some souvenirs. After that we left for Las Vegas, NV via I-40 and US93 N. While we were passing through Hoover Dam, there was heavy construction on the roads and that slowed us down quite a bit.
By late evening we arrived at Las Vegas and had some dinner at Del Taco, Mexican-style fast-food place before retiring for the day.
Posted by Somasundaram at 10:36 PM 1 comment: 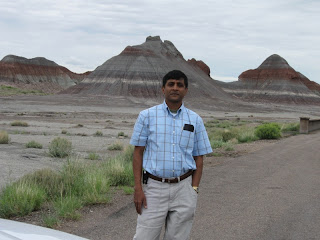 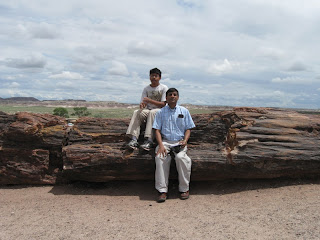 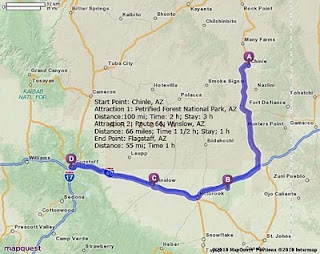 This morning we left Chinle, AZ and drove via 191 South via Apache Nation toward I-40. Once we joined I-40 we took I-40 West (going toward Flagstaff, AZ) until we arrived at the exit for Petrified Forest National Park.

Then we drove through Petrified Forest National Park and Painted Desert National Park. The whole drive was about 25 miles and we stopped at many places including the Visitor Centers on both the entrances. Then we left through second (South entrance) and took Route 180 West and joined I-40 W.

We exited at Exit 252 in Winslow, AZ and spent sometime in Winslow Downtown. We drove through the historic Route 66 via Winslow, AZ. 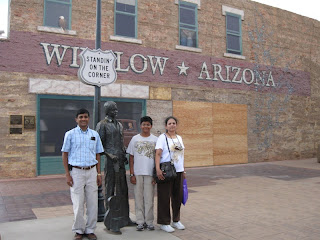 Finally we arrived at Flagstaff and stayed there for the night.
Posted by Somasundaram at 9:25 PM No comments: 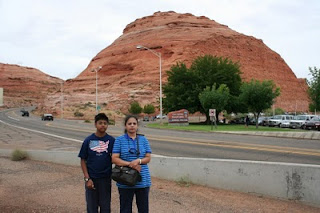 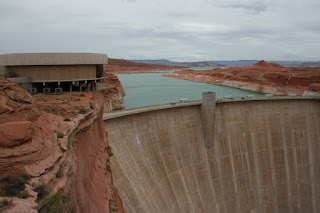 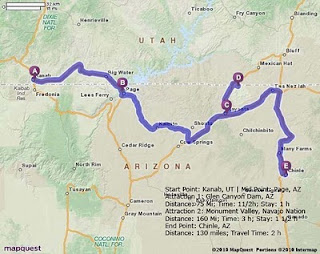 Glen Canyon Dam, AZ and Monument Valley, NN
Saturday, August 07, 2010
This morning we left Kanab, UT after a nice breakfast at Best Western, Red Hills, Kanab, UT. We took Route 89 to Page, AZ. At Page we visited the Glen Canyon Dam. We couldn't go for the dam tour since there was big waiting line. 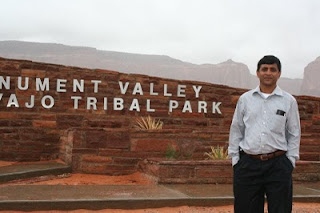 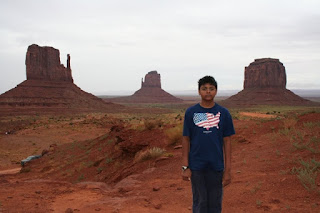 From there we took Route 98 to Kayenta, AZ. There we had some lunch at a Chinese Restaurant. While we were driving toward Kayenta, AZ it started to rain. After our lunch we took Route 163 to Monument Valley, NN. After about 25 miles of driving we arrived at Visitor Center. We paid $5/pp and went inside. There we drove couple of miles in dirt road to see many buttes.
Finally we came back to Kayenta, and continued on Route 160 toward Four Corners Monument. But by the time we arrived at the intersection of 160 and 191 we realized that FCM has been closed. So we took 191 to Chinle, AZ. We stayed at Holiday Inn, Chinle.
Posted by Somasundaram at 10:07 PM No comments: 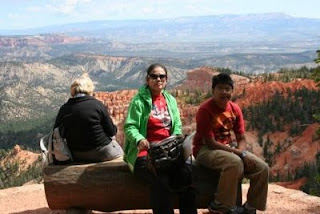 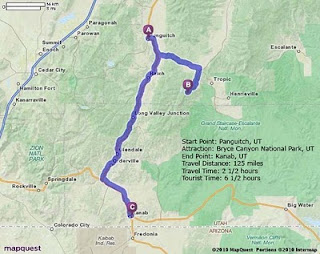 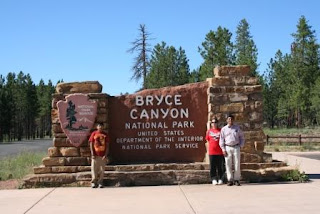 This morning we started from Panguitch, UT after having breakfast at Flying M Restauarant. We drove via Route 89 and Route 12 to get to Bryce Canyon.

We picked the ticket and information at the Visitor Center. The day was prefect. Last night's rain has cooled the park nicely. It was in mid 80s the whole day. We first drove all the way to the end of the park (18 miles) and on the way back stopped at several places like Black Spruce Canyon, Inspiration Point, Sunset Point.

We ate lunch at the Park and went back to Sunset Point and climbed down the canyon going very close to the Hoodoos. The we drove via Orderville, UT to Kanab, UT and stayed there for the night.

Posted by Somasundaram at 10:20 PM No comments: 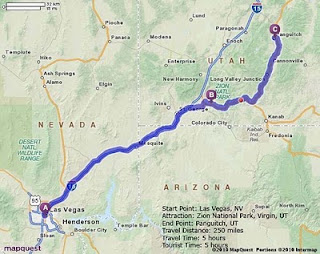 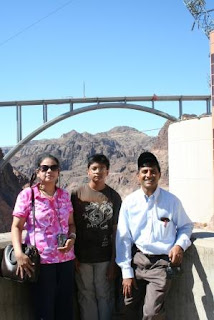 This morning we left Las Vegas, NV and headed Southeast toward Lake Mead and Hoover Dam which straddles between Nevada and Arizona. We spent about 2 hours there and headed back in I-15 N toward Nevada.
Then we drove through mostly hot weather in Nevada and Arizona. But as we entered Nevada the landscape started to change to more green. Fortunately, it also started to cloud up and started to drizzle as we entered Zion National Park, UT. 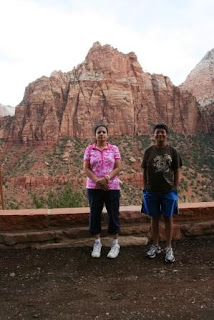 We picked up the ticket and drove through Zion. We stopped at several places and continued through the park via Route 9 and Route 89 reahing Panguitch, UT that night. We stayed there.
Posted by Somasundaram at 10:14 PM No comments: 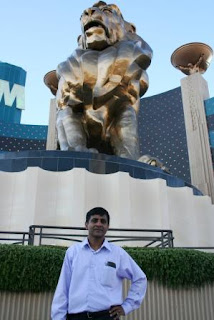 In Las Vegas
Wednesday, Aug 4, 2010
South Las Vegas Boulevard, Las Vegas, NV
We left early morning from home and flew to Las Vegas via Atlanta, Ga. Our first segment of the flight was on time. But when we left Atlanta we were one hour behind schedule but the pilot was able to make up 30 minutes. We arrived at McCarran International Airport just before noon PDT. We took the car rental shuttle and by the time our rental car was ready and we left the airport it was another hour later. The weather was hot and dry it was different from Florida.

Finally we checked into the hotel and ate some lunch near by. After taking some rest we went toward "The Strip". Originally we wanted to make a quick trip and return in the night. But we decided to stay the whole evening. We saw Mandalay Bay, Luxor, MGM Grand, New York New York, Paris, Planet Hollywood, and The Bellagio.

By the time we decided to go back the night had fallen and we ate dinner at Planet Hollywood's Earl of Sandwitch shop. After dinner we walked around the Strip near the Bellagio Complex (The Bellagio, The Ceasers Palace and The Mirage). We also watched the dancing fountain in front of the Bellagio.
Posted by Somasundaram at 9:04 PM No comments: 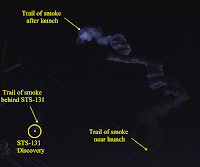 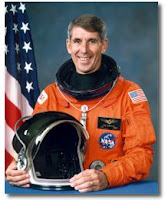 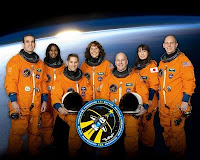 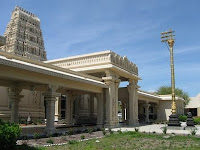 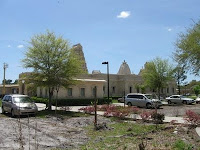