Visit Chicago 01
Monday, March 30, 2009
Northwestern University
Chicago, IL 60611
Early Monday I left for Chicago via Delta flight getting a connection in ATL. By the time I arrived in MDW the weather from TLH to MDW has changed so much. It was a bright but blustery day with temperatures ranging from mid 30s to mid 40s. We picked a SUV (with a Garmin GPS Navigator) and exchanged the correct one at ORD and headed to Northwestern University, Downtown Campus, Chicago, IL. 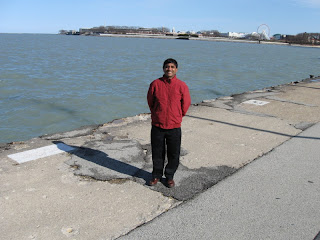 Our host was waiting for us and we completed our official work well after our lunch time. Then we took some time for lunch. By the time we came back the host had some work to do and our work was complete and so we headed to Hotel Affinia Chicago, a block away. 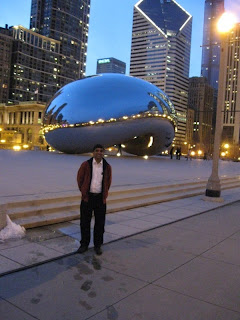 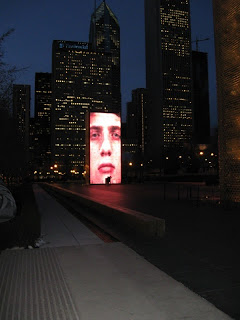 Later that evening, we walked slowly on the Lake Shore Drive, two blocks from the University,  toward Navy Pier. We spent some time at the Navy Pier and the surrouning park. After dinner we drove to Millenium Park and saw "The Bean" and the "The Face". Then later that night we went to John Hancock Building Observatory and saw the view of the city at night. Posted by Somasundaram at 8:04 PM No comments:

I will be traveling to Chicago, IL in few weeks. I have booked my ticket using a traveling website for the cheapest price. Once it has been decided, I asked my host for suggestion for a place to stay. Since it is a big city and the place I am going is very close to downtown, I followed upon my host's advice and used maps.yahoo.com to plug the address and narrowed down the cheap hotel from the list provided by my host.
Posted by Somasundaram at 2:33 PM No comments: