I arrived at Saskatoon International airport around 3:15 AM using a taxi cab. Since it was so early there was no one at the Delta counter. Then around 4 AM people came and I checked my luggage and got the boarding pass. The Starbucks opened around 4:00 AM too and got coffee and waited at the gate.

We boarded the plane on time around 5:50 AM but never took off for another hour or so as the pilot needed to get some clearance from the ground and main office due to some problem with a light. Finally we arrived at Minneapolis-St Paul almost one hour late. The Delta people requested that those who had connecting flight to leave early.

At MSP, I had to go through both immigration and customs. Fortunately, the Automated Passport Control (APS) and the airport helped me finish the process quickly. Then I had to wait for the luggage to arrive and cleared through customs and rechecked the bag. Fortunately, again the my gate was literally next to the plane from Canada. I then arrived at ATL around 1 PM.

My final flight to Jacksonville was at 3 PM and that arrived at JAX by 4 PM. I was surprised to see my luggage make it all the way from Minneapolis especially when it took a long time before everyone had collected their luggage.

I paid for the parking fee and headed home and arrived by 8 PM.

Posted by Somasundaram at 8:30 PM No comments:

During my stay several things I noticed in Saskatoon that are different from the US. Some of things I saw are posted here.

Since I was in Saskatoon in June there was lots of light both at the end of the day, say till 8:30 PM and early in the morning, say 4:30 AM.


There were lots of gophers in the University of Saskatchewan Campus. The South Saskatchewan river flows through the city.

Posted by Somasundaram at 4:26 PM No comments:

I came to the Canadian Light Source (CLSI) last night and stayed at the Ogle Hall. The taxi driver dropped me off around midnight and the CLS has provided the codes to open the door and arrangement has been made for me to enter the room.

I was kind of sleep deprived since I was still in ED Time Zone and Saskatoon was in MD Time Zone, so I had shower and went to bed quickly.

But around 4:30 AM there was lot light out since it is summer time and the latitude is around 62 North. So I woke up early and went to registration office by 7:30 AM and met with Shaun and got everything situated by 8:00 AM.

The Data Collection Workshop began by 9:00 AM and went on until 4:30 PM with lunch and coffee breaks. Then we toured the Facility and adjourned late in the evening.
Posted by Somasundaram at 9:45 AM No comments:

I arrived at Jacksonville International airport around 4 PM. Parked my car in the Economy Parking Lot 1 and took the airport shuttle to get to the JAX airport. 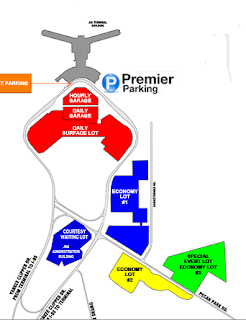 Then my Delta flight to Minneapolis-StPaul left Jacksonville airport around 6:30 PM EDT and scheduled to arrive at MSP at 8:40 PM CDT. The flight was about 3 hours long and it was okay flight. Due to summer there was sunlight as we landed in Minneapolis-StPaul. I had to run to new terminal to catch my next flight to Saskatoon, SK.

My next flight was from completely in a different part of the terminal so I ran from F terminal to C terminal and there was only about an hour time and I had to have something to eat. I grabbed some sandwich at the C terminal and soon boarded flight to YXE. The flight was 2 hours long and arrived at Saskatoon, SK around 11 PM.

I had to go through both immigration and customs. Since it was a small airport there were only two agents and by the time everything was over, it was almost 11:40 PM MDT.

Unfortunately neither of my cell phones worked (T-Mobile prepaid and Mobal International). So I tried to log into Gmail. That got rejected because I was logging in from Saskatoon far away from home. So not wanting wait I took a taxi and went to Ogle Hall at the University of Saskatchewan campus. The ride was quick and costed C$22.

Posted by Somasundaram at 6:02 PM No comments: